Taiwan cinema has long been renowned for its new wave, i.e. Taiwan New Cinema, which marks the rise of authorship paradigm focusing on the art-house auteurs such as Hou Hsiao-hsien, Edward Yang, Ang Lee and Tsai Ming-liang. Due to the foci on authorship, Taiwan cinema has been positioned in the world cinema studies, and gained enormous popularity in global film circuits (Yeh and Davis 2011). On the other hand, following the commercial success of several popular films made by the new generation Taiwanese filmmakers in 2008, the era of the post-New Wave Taiwan Cinema has arrived. Despite the fact that the advent of the post-New Wave has also led to the continuation of authorship studies, considering the non-Taiwan New Cinema directors, only Wei Te-sheng and Midi Z have received attention in the international scholarly literature and global film festivals so far. Hence, this research attempts to examine those under-examined ‘new auteurs’ in the post-New Wave Taiwan Cinema, while particularly focusing on three contemporary Taiwanese directors — Hou Chi-jan, Lin Shu-yu, and Cheng Yu- chieh.

This research will firstly examine their individual styles, filmic themes and filmmaking trajectories, and will secondly compare and contrast their early common engagement in youth-romance genre, as well as the differences in their individual characteristics and significances in fiction and non-fiction filmmaking, international co-productions, and socio-political concerns respectively. Finally, this research aims to provide an initial discussion on these three new auteurs, while hoping to open up more dynamic dialogues in-between Taiwan’s vigorous film cultures and contemporary Taiwanese society, and further to raise the international visibility of the new auteurs in the post-New Wave Taiwan Cinema. 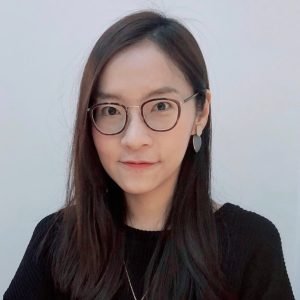 Ting-Ying Lin is Assistant Professor in the Department of Information and Communication at Tamkang University, Taiwan. She received her PhD in Media and Communications from Goldsmiths, University of London, UK. Her research focuses on contemporary Taiwan cinema, Hong Kong cinema, East Asian screen media and visual cultures. She has recently published in Concentric: Literary and Cultural Studies (2020), Sport, Film and National Culture (Routledge, 2020), and Positioning Taiwan in a Global Context: Being and Becoming (Routledge, 2019).